Toyota’s Cars Are So Safe, Its Crash Test Dummies Are Looking for Other Work.

It’s the plight of the crash test dummy. Now that Toyota Safety Sense comes standard on most new Toyotas, drivers and pedestrians can feel a bit safer. Everyone loves it, except for one small group: the Toyota Crash Test Dummies. With all these new safety devices, there’s not as much need for Crash Test Dummies – freeing them up to find a second gig.  They can only hope it’ll give them the same kind of breathtaking, exciting, thrills they once experienced in the testing facility.

Beyond some funny spots, we also created prints showing the crash test dummies bored at work. 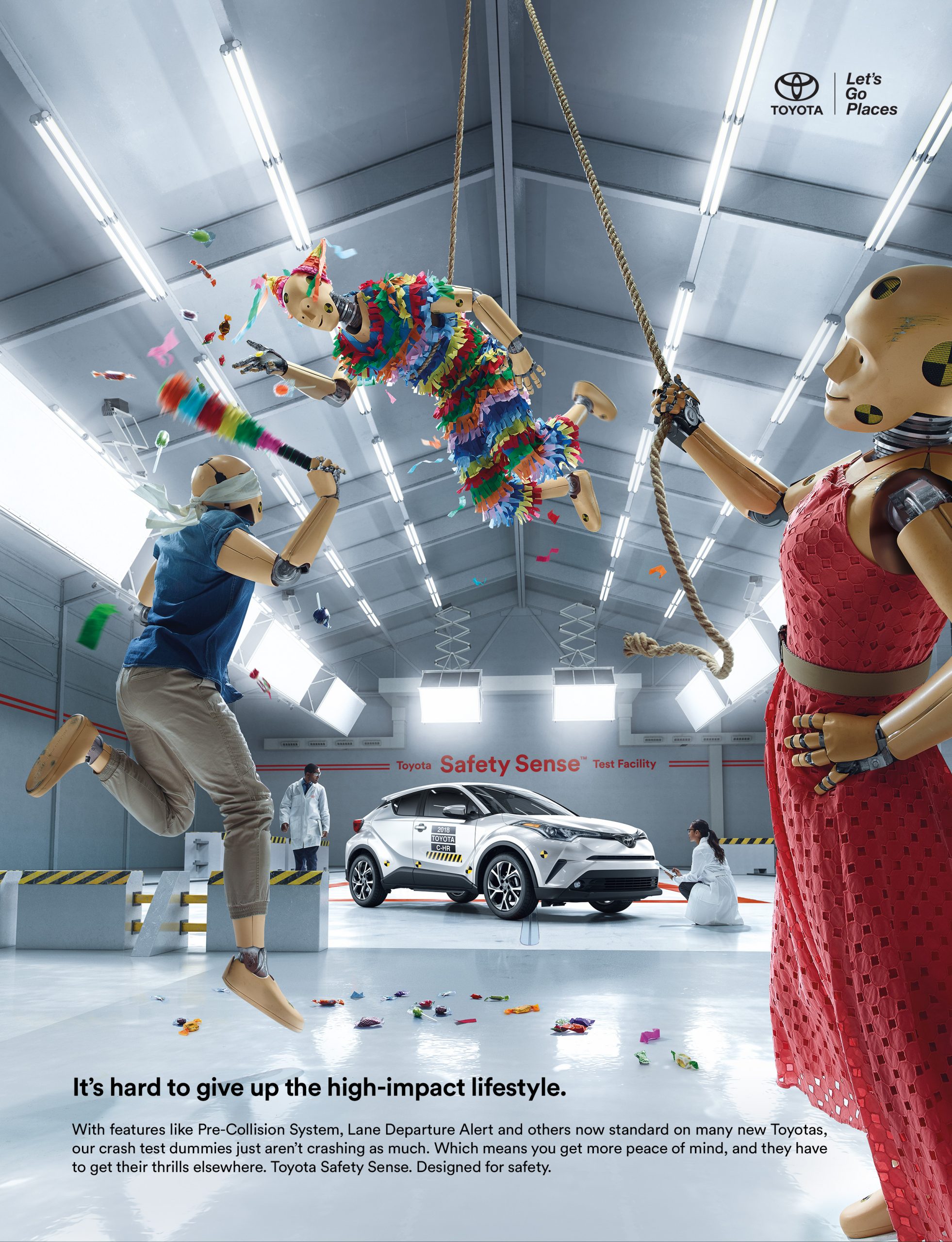 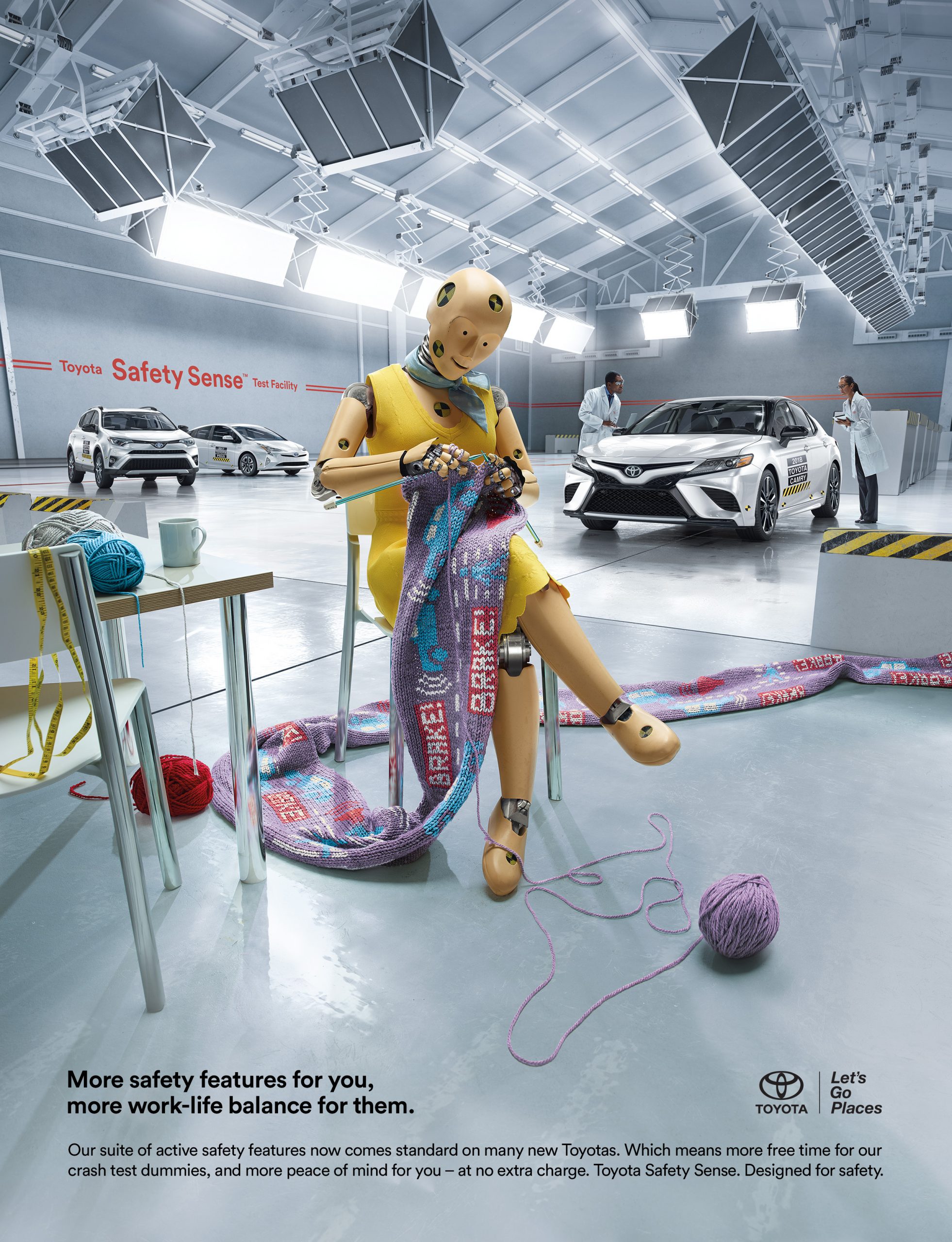