A social stunt that reached an audience of 2.4 million

In recent years, the national park system has been crippled by federal funding cuts. Nature Valley wanted to bring this issue to the forefront of young people’s social consciousness by connecting their love for music and nature. The idea was to host a series of intimate acoustic performances in the middle of national parks for tiny audiences of just ten people per show, and then use the content created from these exclusive experiences to raise support for the park system. By collaborating with musicians Andrew Bird and Tift Merritt for the inaugural show, we were able to breathe new life and relevance into this issue. Nature Valley’s Quietest Show on Earth is an experimental music program designed to create a new generation of advocates for the U.S. national parks.

The participants were able to be a part of an unprecedented experience, but more importantly, the national parks issue was made relevant and contemporary. Music videos and free downloads of the exclusive content are now available to all – right next to the “donate” button to raise money for the parks. And this is just the beginning. My Role was to lead the team as an Integrated ACD  taking the idea to the next level adding a strong digital way in, digital strategy and social components in order to make it accessible to everyone using the platform they love most.

a unique music concert
to rescue our parks

An intimate show in the middle of a vast open space featuring musicians Andrew Bird and Tift Merritt, the QSOE was to be produced into an interactive web event as part of Nature Valley’s partnership with the National Parks Conservation Association, Preserve the Parks, which has to date raised over $1.8 million to preserve our federally protected public lands. 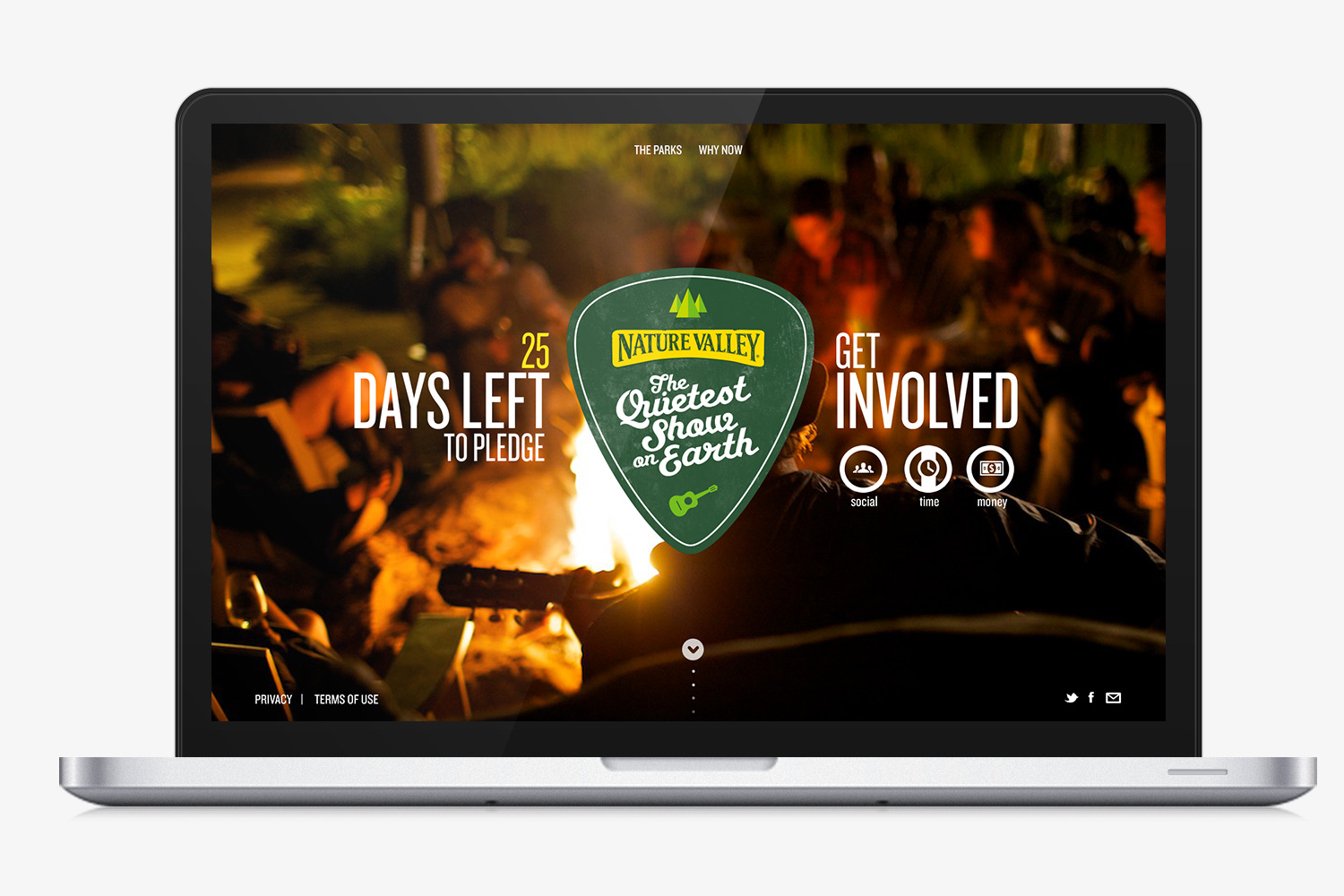