An interactive, cross-platform, Film experience for the new Toyota Avalon.

This campaign introduces Idris Elba as a double-crossed secret agent who must now evade his past in the all new Toyota Avalon. The adventure begins with 3 TV spots, and ends online with users taking the wheel for themselves using a desktop or tablet as they attempt to escape the baddies. Working closely with Ben Trickleband we created this HTML5 interactive TV ad highlighting all the key features of the new Toyota Avalon.

With three commercials worthy of any Hollywood feature, the Avalon shows its prowess in spy-like action-filled stories. Stunts. Special effects. And action-packed car chases. Proving to all that the Avalon is more than meets the eye.

The campaign is also supported by social media and a groundbreaking, interactive digital film. Explore the all-new Avalon and get behind the wheel here.

Only the Name Remains

a choose your own
adventure TV Ad

This interactive video experience is the final chapter of a high-speed car chase that begins in 3 TV spots and ends online with users interactively making decisions while watching the film, Taking the Wheel and capturing the villain by using the car’s new features. 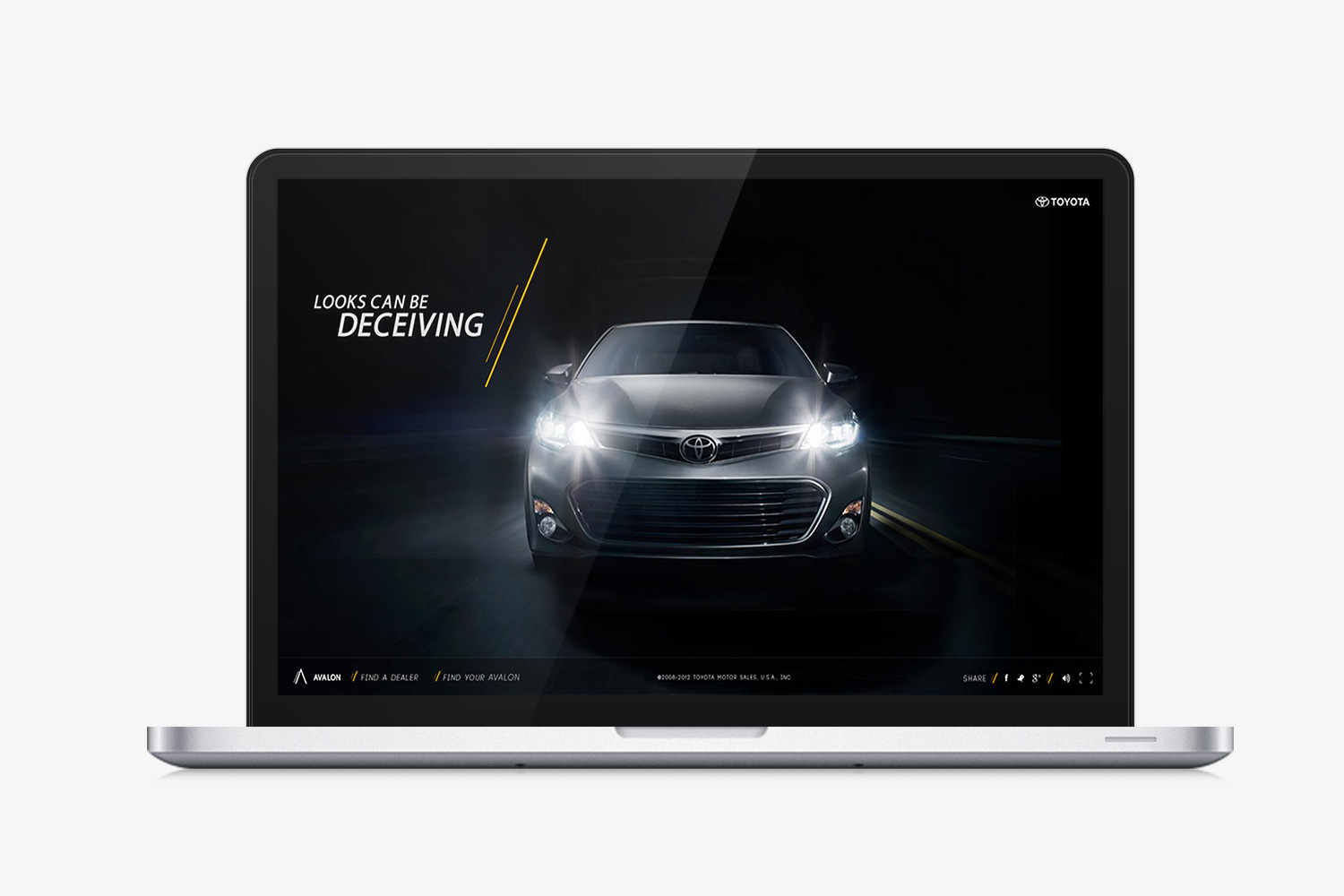 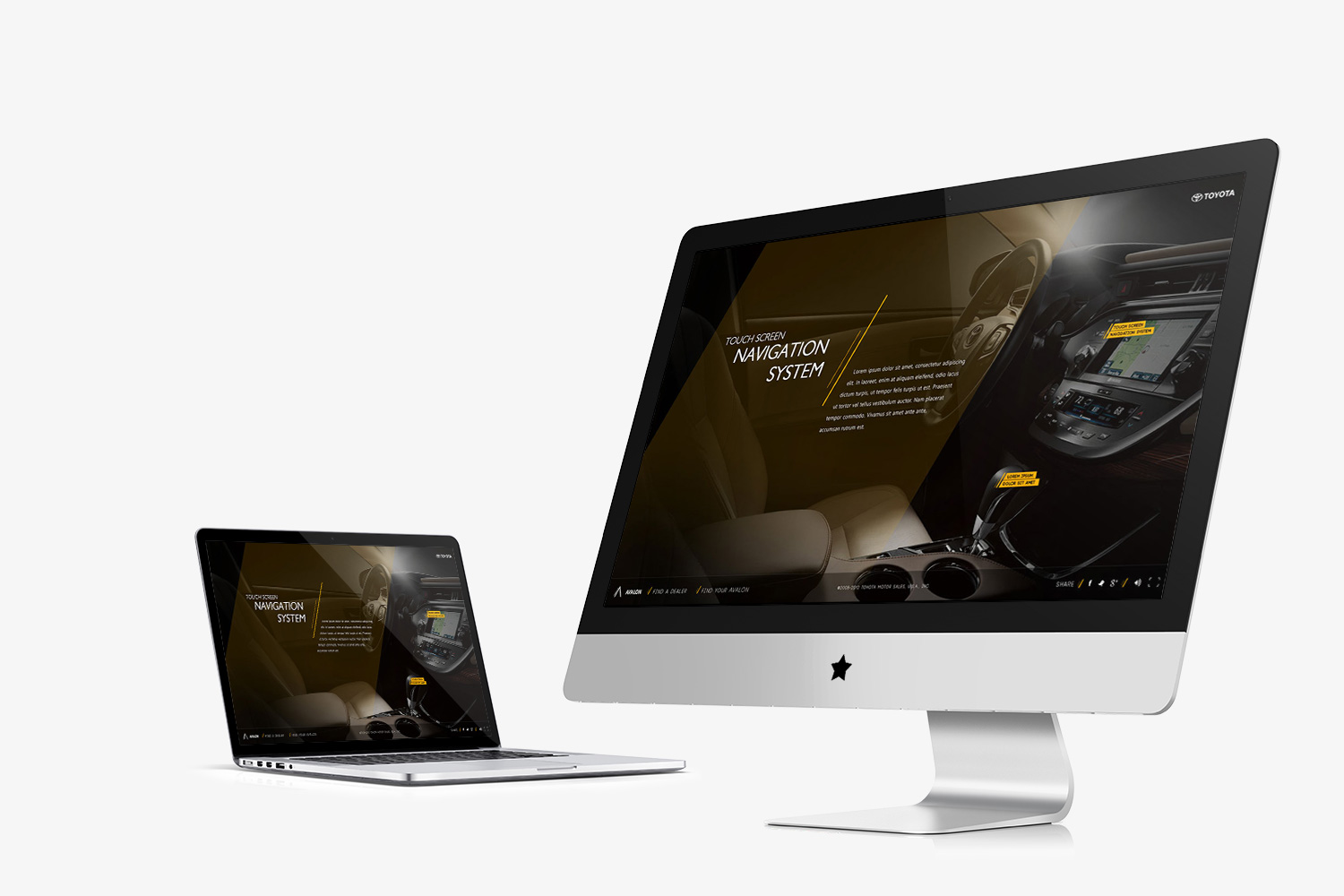 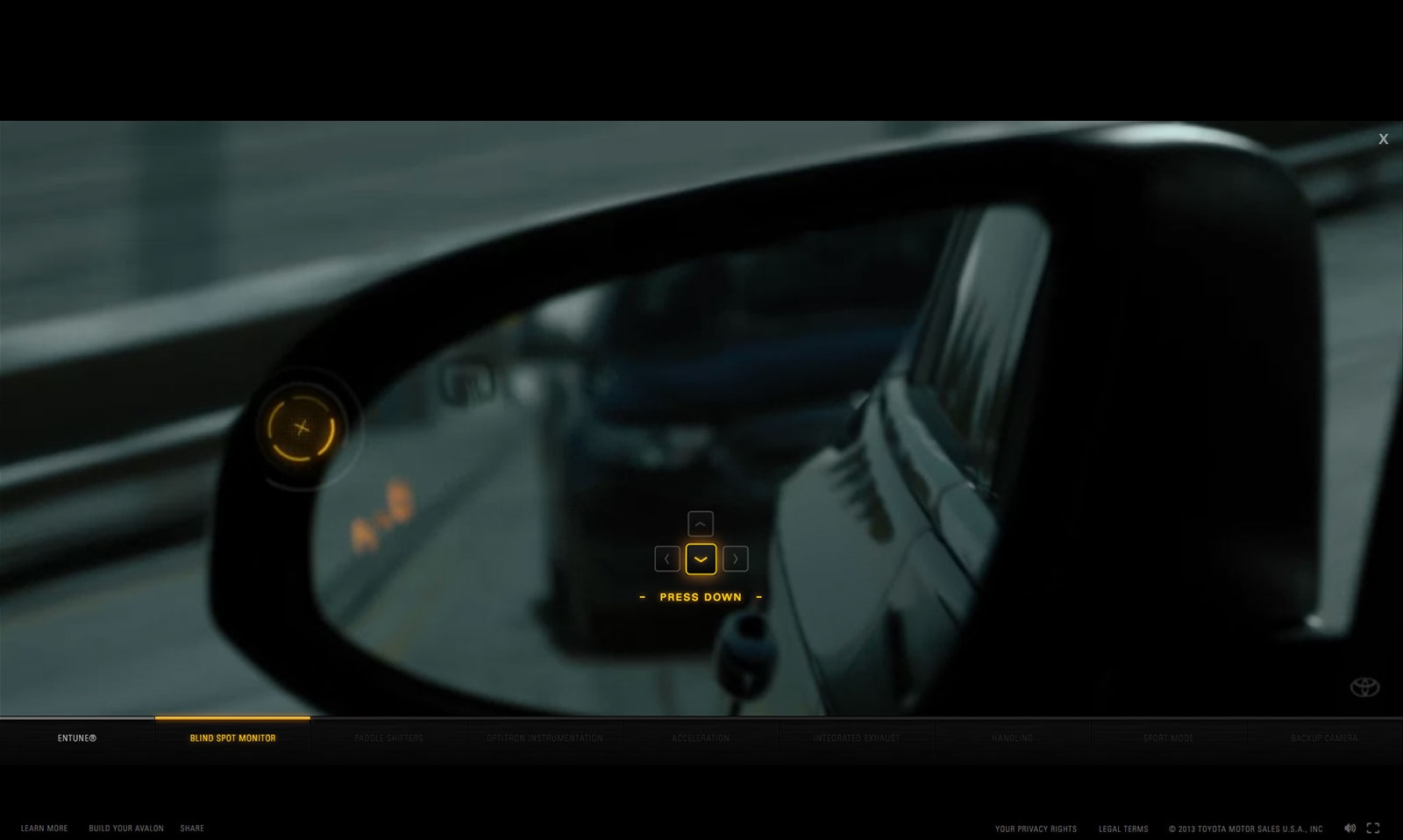 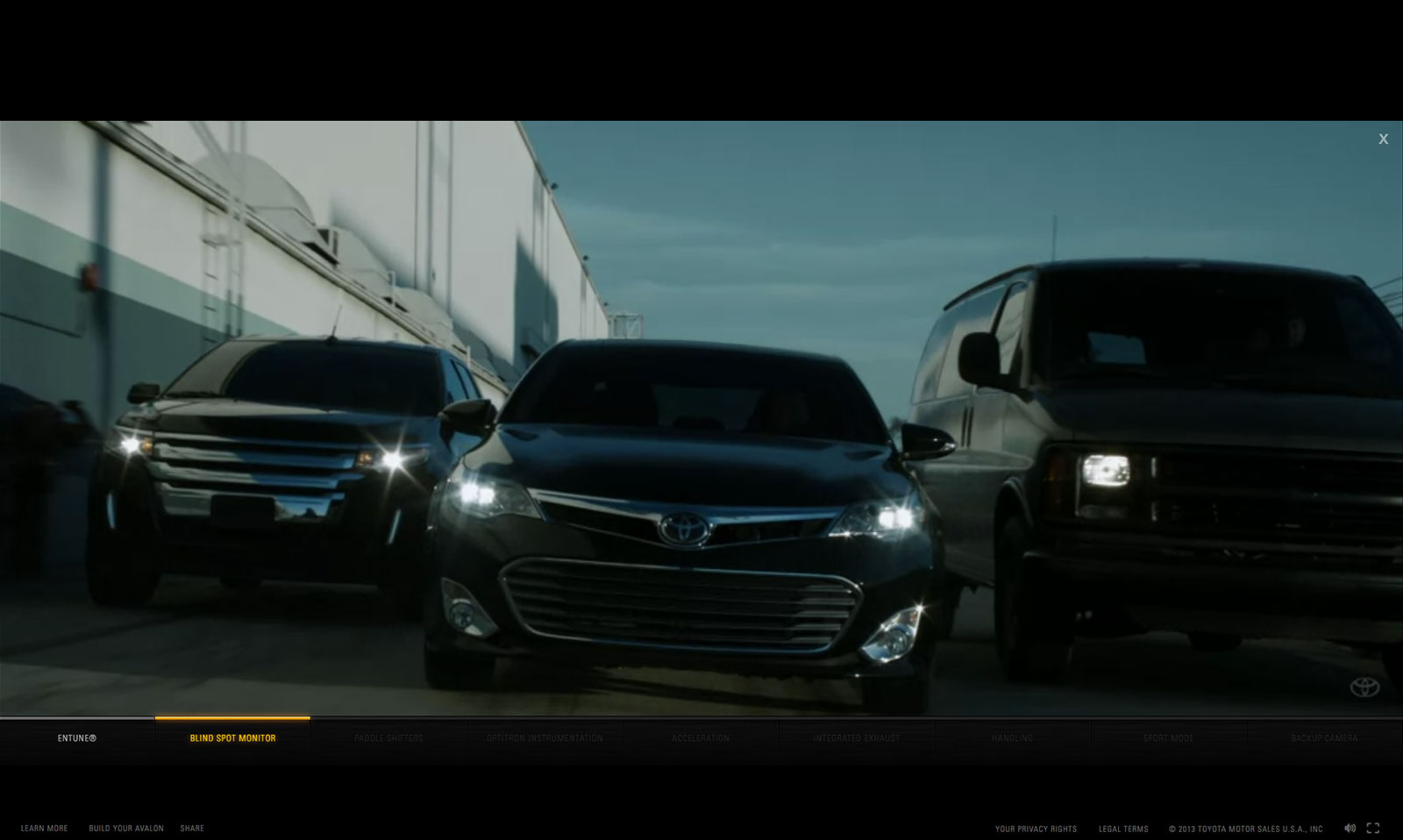 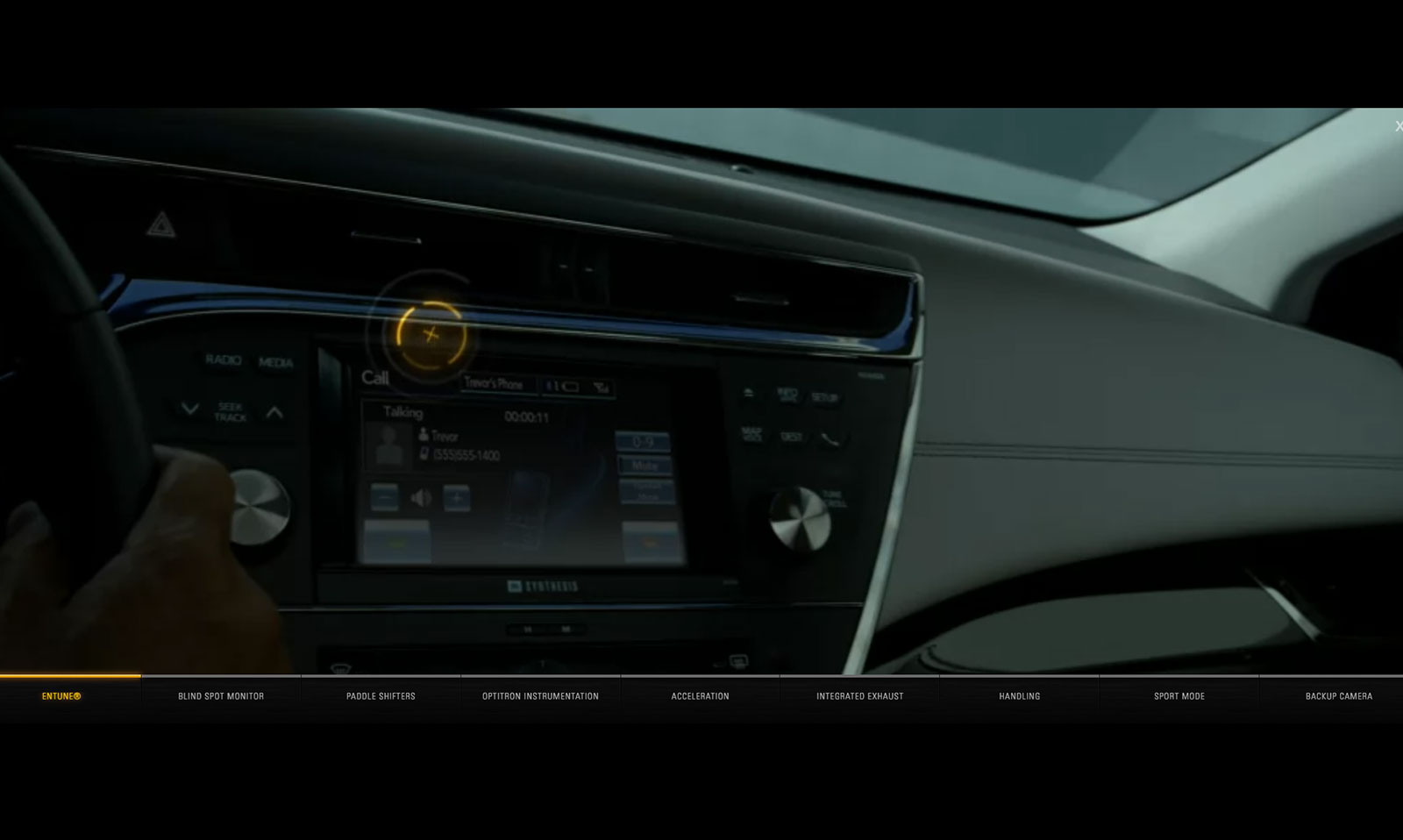 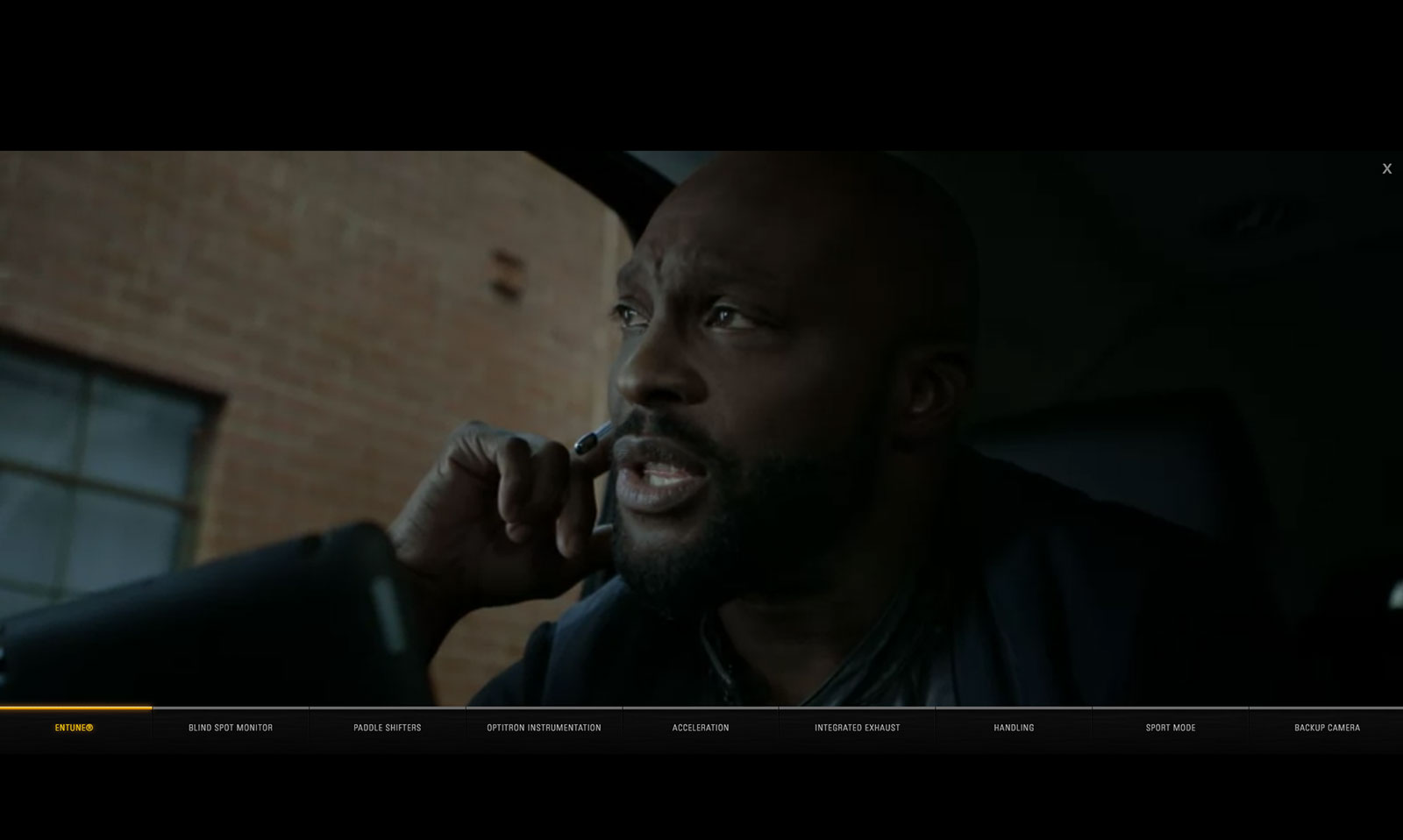 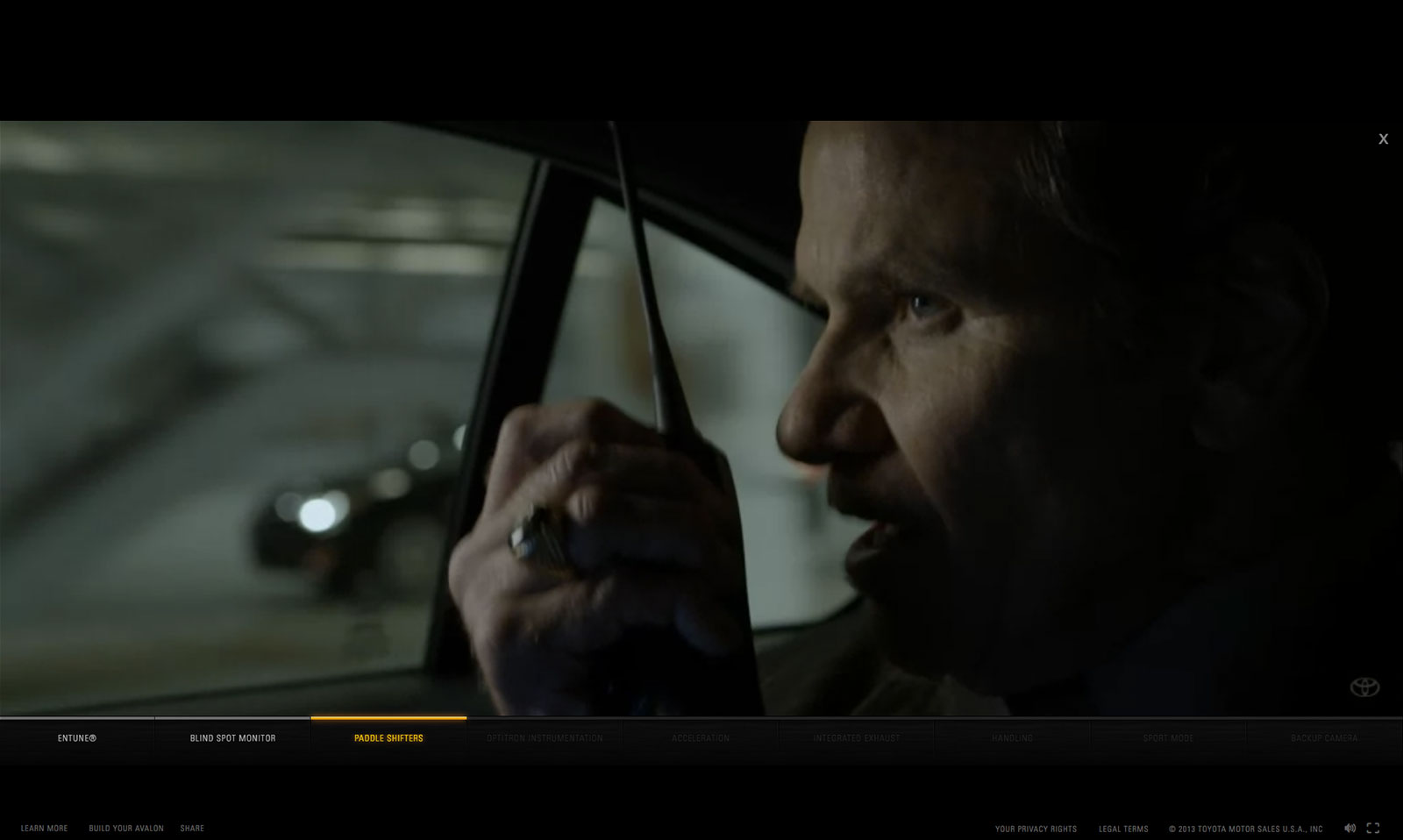 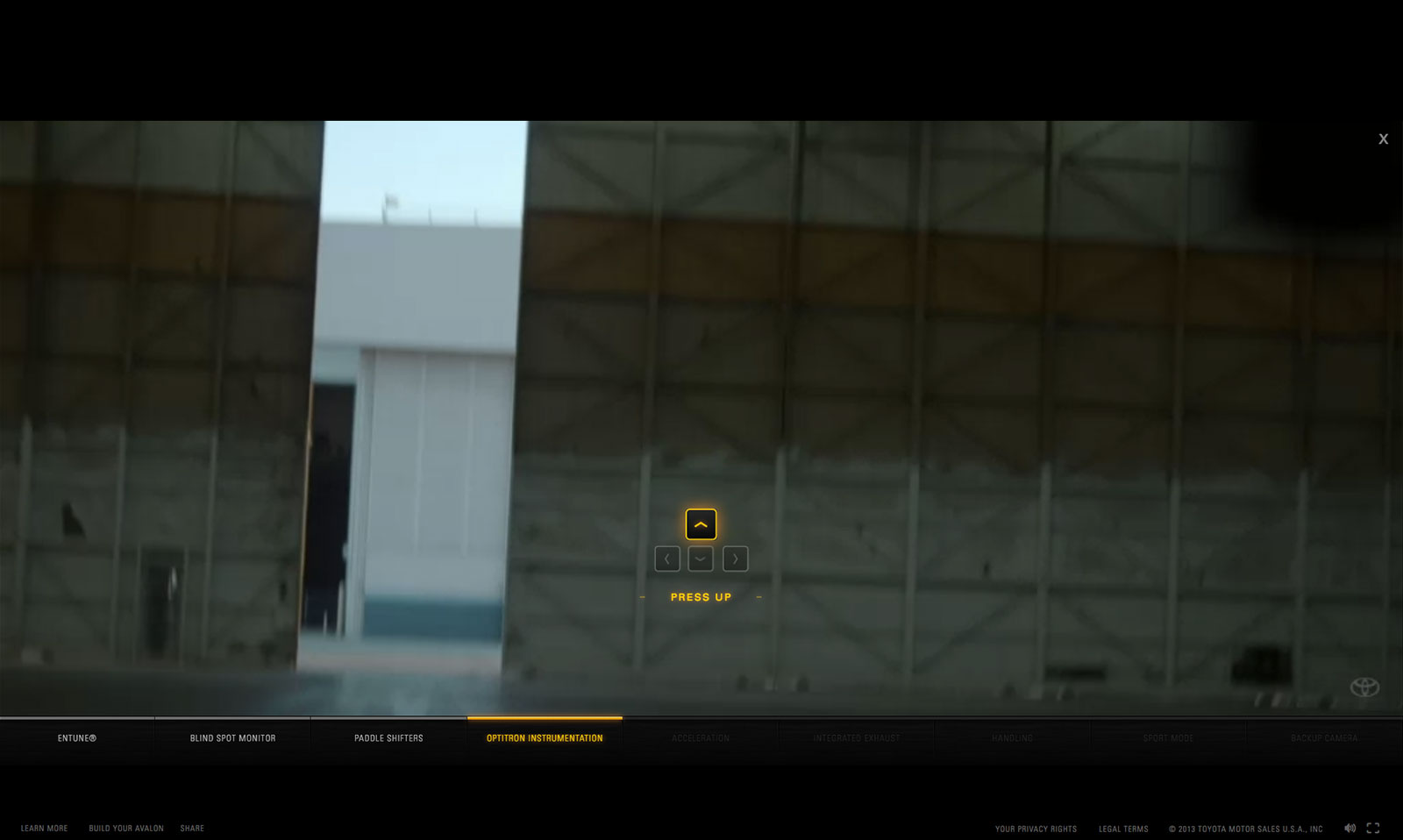