The Street on Stage

a social project by Toyota Music

From the streets to the biggest music festival in the nation

Toyota Music partnered up with Preservation Hall Jazz Band, the most traditional jazz band from New Orleans to give street artists the chance to share the stage with them at the Voodoo Music Festival.

Three New Orleans street artist were selected and Toyota Music produced three music videos for each one of the artists, giving a chance for them to share their art, get promoted and have a chance to perform at the biggest music festival in their city.

3 bands straight from the streets

The contest had every band reaching out to the followers asking them to vote and share their new music video. At the end, Preservation Hall Jazz band would pick one of the bands to share the main stage at Voodoo Music Festival in a collaboration and opportunity of a lifetime.

Tank and the Bangas

Some beautiful wild postings were created in order to give these street artists every tool they need to promote their music video giving them the chance to play in the Voodoo Festival. 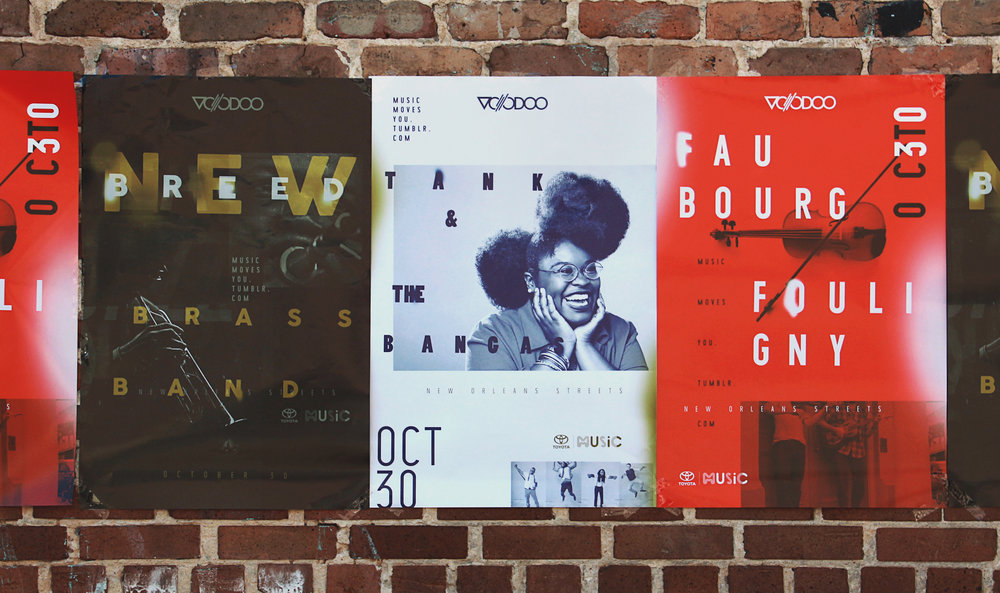 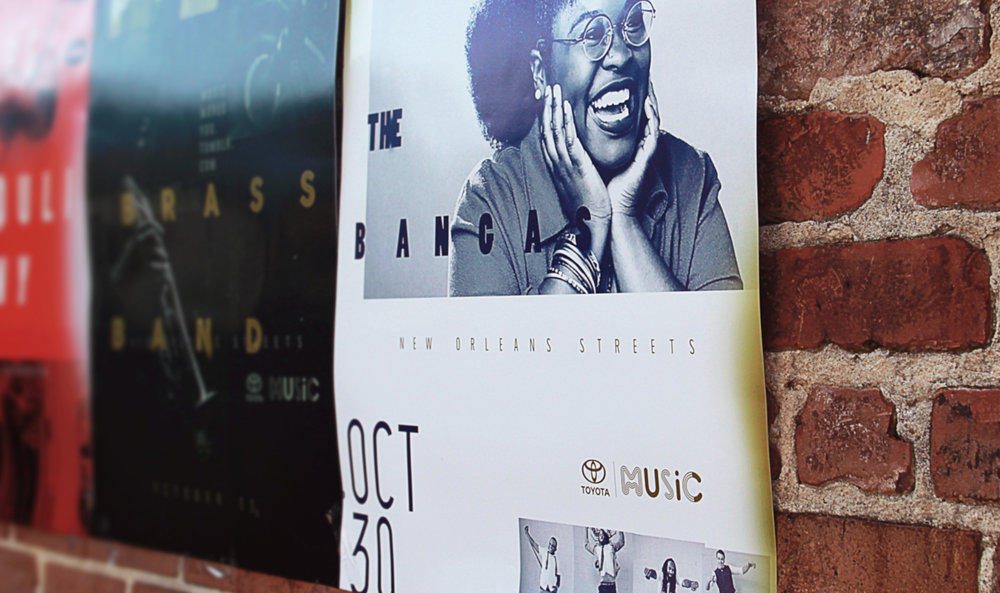 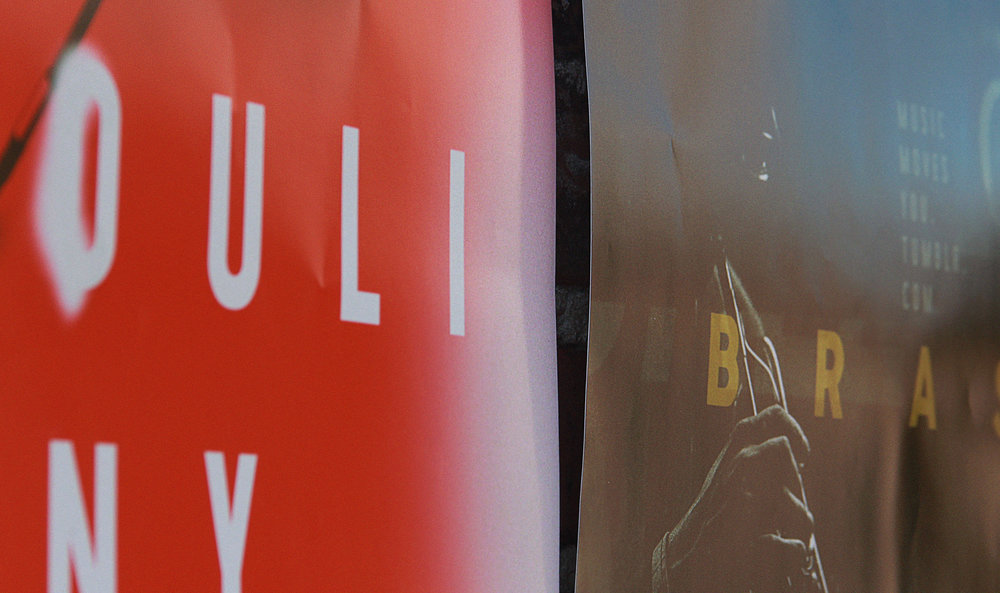 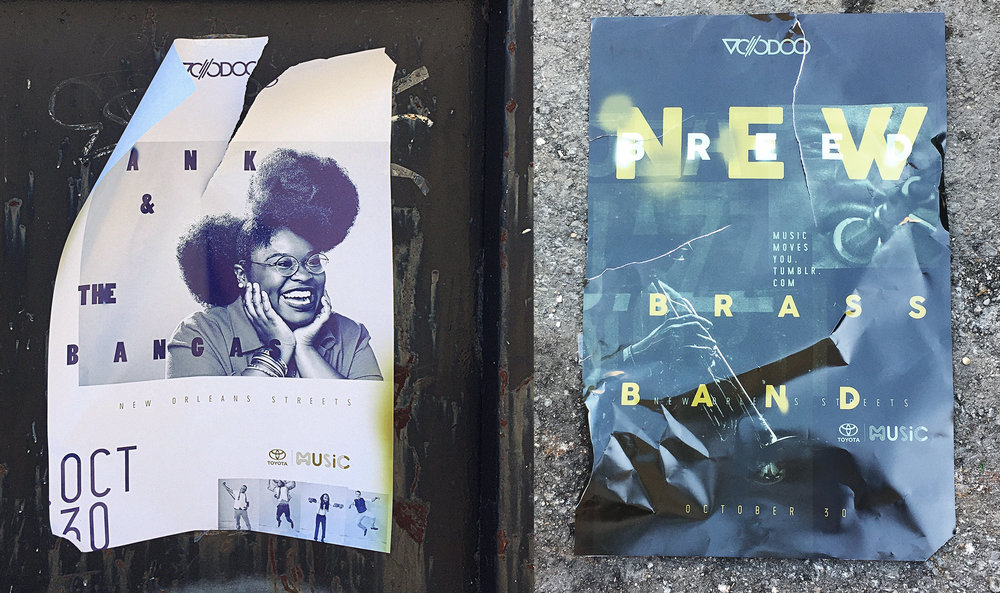